Last Sunday, a dozen or so of my lady friends came over for a cupcake party. There was cupcake-shaped food, Cupcake wine, and lots of cupcakes for decorating. It was a lovely afternoon of hanging out on the deck and food crafts.

Decor: I kept decor simple with a cupcake banner against a backdrop of doilies, a chalkboard welcome sign, two small springy floral arrangements, and yellow, green, and white as the colors (mainly because it matches my dishware). 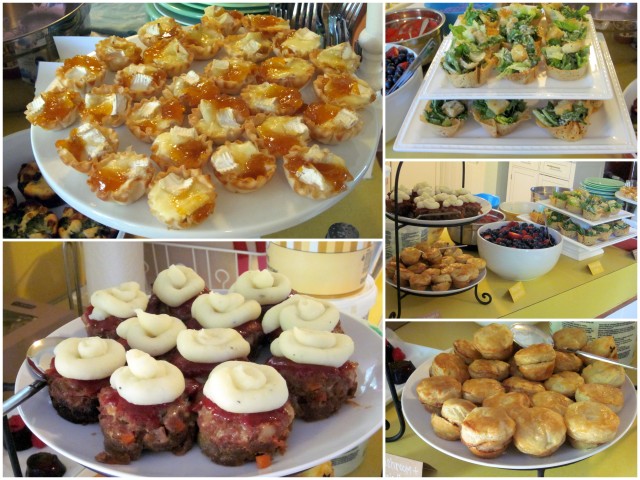 Cupcakes: To speed things up, I used Make It Sweet chocolate and white cake mix to bake over 10 dozen cupcakes in chocolate, vanilla, and strawberry the day beforehand. We used Wilton Decorator Icing, and a friend helped me with coloring the frosting. Each guest received at least a box of six cupcakes to decorate. I also made mini cupcakes for practice. Totally bummed that I forgot to take a picture of all the cupcakes, but just imagine 20 stacked boxes of cupcakes next to some flowers. 🙂

There were 10 colors of frosting, tons of sprinkles, disco dust/edible glitter, edible ink markers, chocolate chips, M&Ms, oreos, and sour belts for decorating. The decorating portion of the afternoon was a little chaotic. We had some bagging issues, I didn’t have time to make samples ahead of time like originally planned, and it was a bit crowded at the table, but everyone seemed to enjoy themselves. 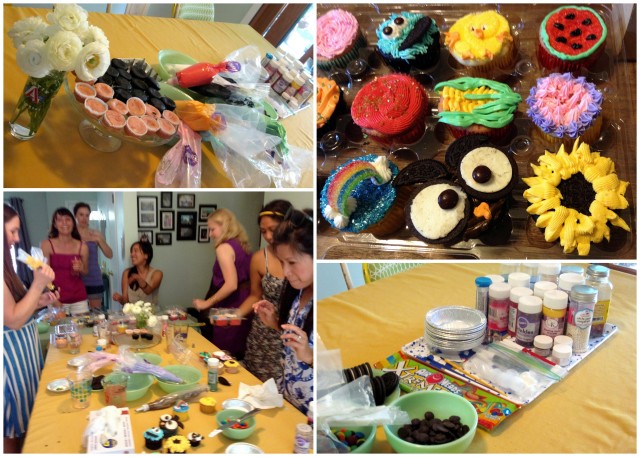 I sent the ladies off with goody bags for cupcake decorating at home. Each goody bag had two test tubes of sprinkles, two piping bags, 24 baking cups, 4-5 pastry tips, and a coupler. The sprinkles looked so pretty in the tubes (I got the test tubes years ago from Amazon when they were only about $4 for 10).

I can’t wait to see what else people come up with!

1 Response to A Cupcake Afternoon